Hill Air Force Base is located in northern Utah, covering over 7,000 acres making the base the Air Force’s second largest base by population and size, and also the second largest employer in the State of Utah. The Air Force’s latest generation fighter jets, F-35As, are stationed at HAFB, along with the 75th Air Force Wing, to support wartime operations worldwide. 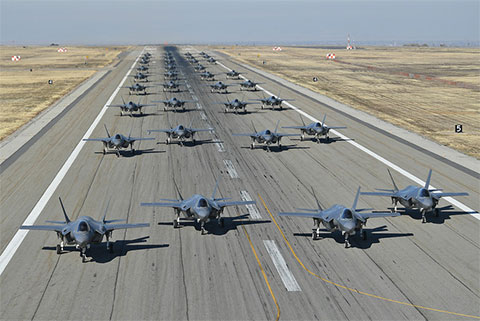 The Compatible Lands Foundation, (CLF), is working with HAFB and local landowners to conserve farmlands adjacent to critical runways and flight operations facilities. CLF is partnering with the U.S. Department of Agriculture, (USDA), to protect HAFB’s military readiness, while preserving important farmlands adjacent to the base, through the use of USDA conservation easements.