Located in Bastrop County, Texas just east of Austin, Camp Swift has a population of 6,282 and spans about 12 square miles. The camp has consistently been used by the military, but it is currently still in use by the Army Guard as a storage and training facility. Camp Swift has a long military history that is tied to the development and beginnings of Bastrop. Before the US joined World War II, the government decided that Camp Swift’s location would be one of 14 sites chosen for new military camps. Even though Lyndon B. Johnson stated there were a lack of funds to build all of the new camps, the bombing of Pearl Harbor created a need for new training sites like Camp Swift. The 52,000 acres located east of Austin were purchased and allocated to the construction of the new Texas military camp. 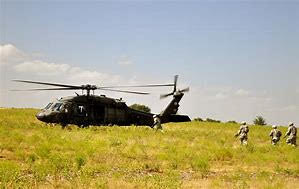 With the community of Bastrop and the Austin metro area growing rapidly, urban encroachment near Camp Swift threatens the Army Guard’s ability to continue training activities. CLF is working with the Camp and adjacent private landowners to preserve the open spaces and ensure continued military readiness.